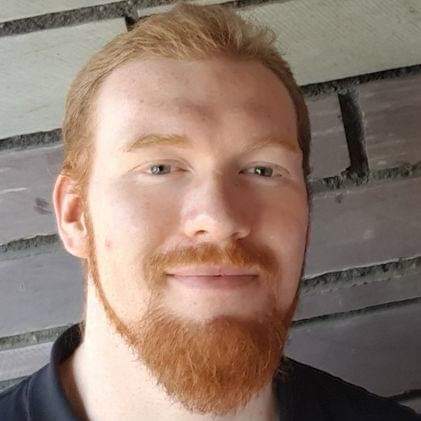 Last night we had our first weekday rehearsal, and our first workshop. We did lots of character work and learnt a lot about Captain Brice, played excellently by Christopher Maxwell.

Chris is a very talented gentleman who can be seen on both stage and screen: he was in Sketchy AF with Watchers Productions, took part in Dramatic Moose’s first production ‘Abandoned’, and he joined Monstrous Productions as Corporal Carrot in ‘Guards! Guards!’ – he clearly enjoys a military title!

I can be very loud, but am not nearly as dignified.

This is far too hard a question. Seriously, I think I need a time machine to get back the hours I’ve debated with myself over this question.

A story across two times and following two different sets of characters can be jarring. I think it will be challenging to make sure the whole piece appears as one as opposed two separate entities.

Septimus. He appears harsh and certainly behaves less than favourably, but amidst some very arrogant and sycophantic people, at least he’s honest.

It’s a play that tells many different stories of many different people throughout time. It explores science, and nature, as well as being a coming of age story and a story of change. It deals with class, status, pride and even sex! And if all that combined with the joys of SCIENCE don’t woo you then the fantastic characters will.

Finding two guns and one bullet.

How does acting onstage compare to acting on-screen?

Acting on stage is pure energy. The live interaction with your fellow actors and the real air surrounding you can become encapsulating. It almost pulls the truth of the performance from you. On screen you bring so much into a small box but have to maintain that truth. It’s the same principle in each style, but the technique is worlds apart. On stage you want to fill every bit of the space leading to quite a large performance, but on camera you’re under a microscope so your performance can be scaled back. I enjoy both so much, but I don’t think anything can beat live theatre.