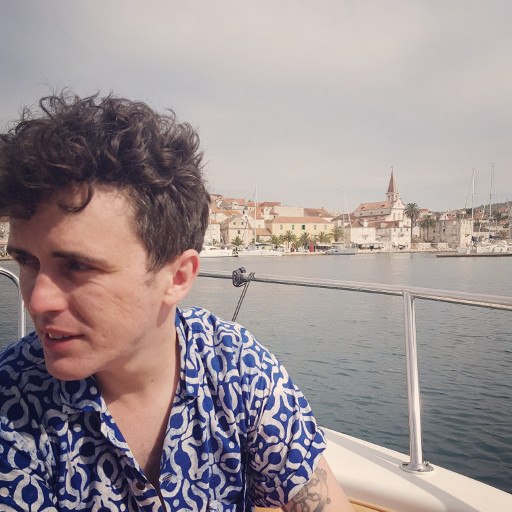 This week meet lovely Loz, the delightful man playing charming Septimus Hodge in Arcadia. Also known as Lawrence Quilty in his more creative pursuits, Loz has astounded us with his many acting roles in the past with Act One (the Cardiff University Drama Society), Monstrous Productions, and many, many others.

On top of the ten acting roles he has filled in the space of five years, Loz also occasionally directs – we have found that he is just as talented as the character he is playing.

My favourite thing about Septimus is his love of knowledge. Unlike too many people these days I reckon, Septimus doesn’t see education and inquiry as a means to an end or a tool for power- it’s inherently worthwhile for him. I’m similarly curious I think. Nowhere near as intelligent or charming mind. But I know some things about some pretty niche subjects.

Not really. Is a Venus Fly-Trap a flower? That’s pretty badass.

Experiencing a culture that’s hard for us to imagine today would be the most noble use of time-travel, wouldn’t it? I really can’t picture actually living in Ancient Athens or Egypt, somewhere you’d have such remarkable thought and technology but where the culture of day-to-day life would be almost unrecognisable. Filling in the gaps of how the pyramids were built or what actually happened at Troy would probably be the most valuable thing to do. Although honestly I think I’d just go see a Smiths gig in the eighties.

Working with a Tom Stoppard script. He’s probably the greatest living British playwright and Arcadia is a real tour-de-force. I love how the piece confidently deals in so many massive subjects; history, literature, education, sex, gardening, society, maths, physics, love and weaves them all in to two twinned stories about a family and a house.

I actually find Captain Brice tantalising. He’s tangled up in this really whacky romantic subplot that’s only ever hinted at on stage and I just find really intriguing. I have so many questions about his motivations and how he feels about what’s going on with Mrs Chater. The guy’s a bit of a quiet enigma in the whole dynamic of the house and I get the feeling he must have a lot going on under the surface.

It’s Stoppard. Smarter people than I reckon Arcadia to be the most important play written in our lifetimes. If you’re a fan of theatre, or even literature, that’s got to be worth seeing. Also, I mean, its Peculiar’s next chapter; a bit familiar laughs, quite a bit out-on-a-limb doing something very new for us. Your support would be grand.

A duel, all that drama and flouncing, sounds quality good fun. I’d be up for it- any time, any place. I intend to take all challengers at the post-show party.

Who is your favourite author and their best book?

Virginia Woolf. The way she writes, that stream of consciousness stuff, she sort of muses or dreams her way through a story more than tells it. The Waves is my favourite. You’ve get this jejune imprint of six half-drawn characters to follow from cradle to grave and, even though you’re given relatively little detail about what they’re like or what they do, you still feel like you know them all the more intimately just by hearing each of their inner voices reflecting on the weather. It’s a strange, weird, warm and lyrical book. I’d highly recommend it.