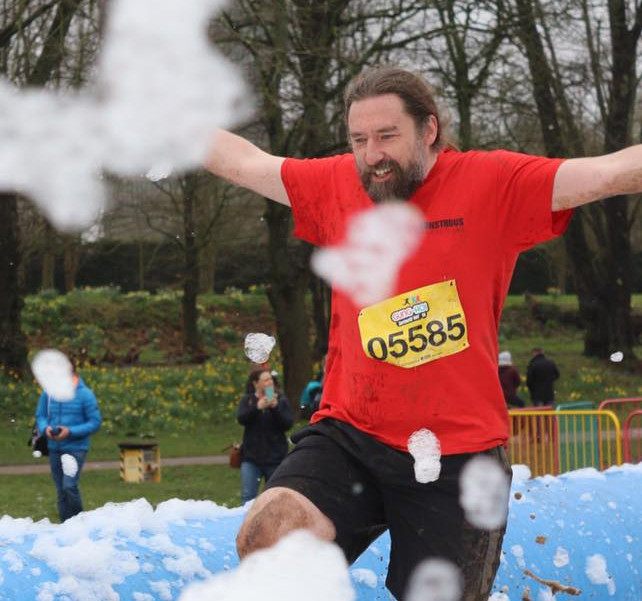 It’s our final Meet the Actor – and that must mean it’s nearly Christmas! We’ve been rehearsing for twelve weeks and showcased twelve actors, who will be spending their Christmas break learning lines between bits of shiny wrapping paper.

Paul, last but not least, is playing the part of Richard Noakes. He has big gardening plans for Sidley Park, much to the chagrin of Lady Croom. He has made appearances in multiple Monstrous Productions’ performances, as well as our first production, ‘The Truth’.

Back when I had a garden it unintentionally matched Noake’s run-down and disheveled style. When I finally cut back the shrubs I found a garden gnome I didn’t know existed, which I took as a sign I’d left them go a bit too wild.

Then I discovered a bicycle.

I don’t have green fingers. My dad studied horticulture but it’s not something I ever picked up. Its been over ten years since I’ve owned a plant – maybe I’ll take this as inspiration to try again.

The character Flower from the podcast Hello From The Magic Tavern. She’s talkative, fun, amoral, and is literally a flower. It’s a strange show.

The play takes place in a single room, so I’m looking forward to seeing what the set looks like without the restriction of multiple changes each night.

None. We’re a bloody amazing group!

Lady Croom. She’s a larger than life character who sweeps in and steals the spotlight.

It’s smart, it has loads going on, and it’s really, really funny. I’ve laughed at every rehearsal.

What would be in your perfect hermitage?

Ideally good WiFi access, but if we’re doing it properly I’d take an abandoned library stocked with random old books (including a large science fiction section. That’s a deal breaker.)  Somewhere near the sea would be good, maybe along the south coast, with acres of wild orchard bisected by a river. And, of course, a juniper bush to call my own.