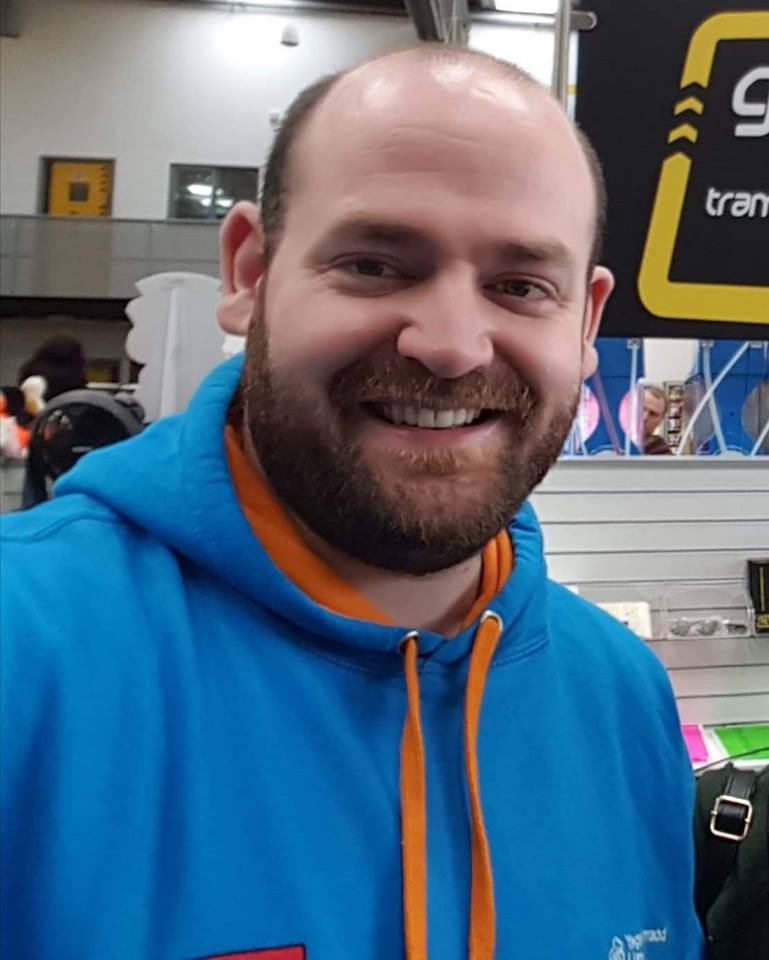 Tony has graced the stage before in Peculiar Production’s ‘The Truth’.Beyond this, we have seen him with Monstrous Productions in various roles and performances, from ‘Witches Abroad’ to ‘Guards! Guards!’, in the Whovians and as part of Newport Operatic Society’s ‘Chess‘, ‘A Christmas Carol’ and others!

Ezra is always willing to try new things and is not afraid to have a go. I’m a fan of trying new things too.

I’d love to go back and see the dinosaurs, and see what they really looked like – I would want to ensure that I don’t get eaten though.

I’m looking forward to spending time with my fellow cast and crew – we always have a lot of fun together.

Saying some of the names/words correctly – I have already struggled with a few, I even had to check how to say my own characters name.

I love Bernard and Hannah, I think they make a very funny pairing.

It’s a very interesting story and it makes you think about how we interpret the information that we have about the past. It’s also very funny.

I’m definitely a pacifist, I don’t believe that fighting is a way to solve problems. That being said, I have trained as a fencing instructor so a duel for fun would be great!

What would be your dream foreign holiday?

It’s a toss up between going to New Zealand to explore and see the filming locations from Lord of the Rings, or going skiing!